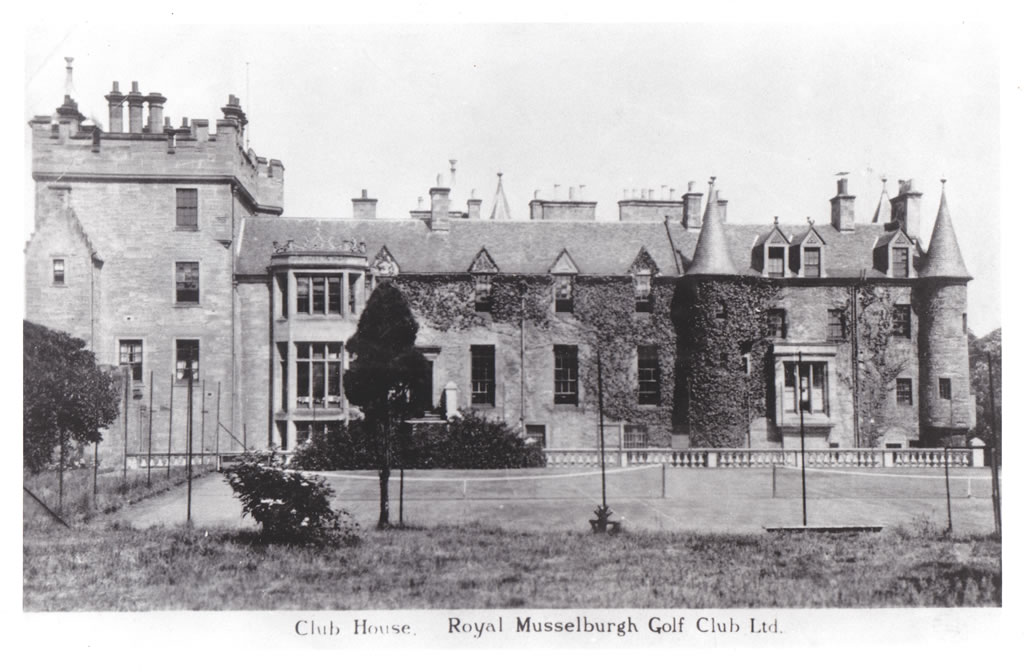 The Norman family, de Quincy, had the estate of Prestongrange until they supported the losing side in the run-up to Bannockburn. it then went to the Abbey of Newbattle and, in turn, to the families of Kerr, Morrsion and Grant. A William Grant had three daughters, Janet, Agnes and Jane. Janet maried the Earl of Hyndford and as Lady Hyndford, held the estate after her husband’s death; Agnes married Sir George Suttie, and three generations later Sir James Grant-Stuttie married Lady Susan Kerr. Distinguished as the men may have been, it is the ladies who are remembered, the widowed Lady Hyndford and Lady Susan both, as kindly benefactresses. The house has, as its core, a Norman tower, added to and converted into a mansion. It was bought by the Coal Welfare Organisation in 1958 as club-house of the Royal Musselburgh Golf Club. A painted ceiling dated 1581 was found above old plaster and is now preserved in Napier University, Edinburgh.

You can find out more about which cookies we are using or switch them off in settings.

This website uses cookies so that we can provide you with the best user experience possible. Cookie information is stored in your browser and performs functions such as recognising you when you return to our website and helping our team to understand which sections of the website you find most interesting and useful.

You can adjust all of your cookie settings by navigating the tabs on the left hand side.

Strictly Necessary Cookie should be enabled at all times so that we can save your preferences for cookie settings.

If you disable this cookie, we will not be able to save your preferences. This means that every time you visit this website you will need to enable or disable cookies again.